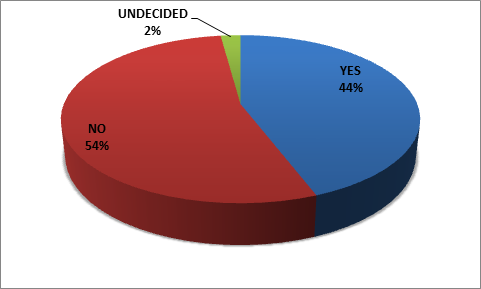 [www.inewsguyana.com] – The majority of respondents to an iNews Poll have disagreed with the combined opposition’s position that the New River area must not be developed due to Suriname’s concern.

The Company after a series of articles in relation to the survey which placed the agreement in a bad light was published announced it pull out.

latest news INEWS - May 22, 2022
0
The first 10 families to benefit from the Government’s low-income housing units at Prospect, East Bank Demerara, were handed keys to their brand-new homes...

Agriculture INEWS - May 22, 2022
0
Prime Minister of Dominica, Roosevelt Skerrit, has expressed interest in Guyana’s corn production industry. “We are looking to tap into some of the initiatives that...

latest news INEWS - May 22, 2022
0
Two lumber-laden containers on Saturday went overboard following a mishap at the Kwakwani Waterfront in the Upper Berbice River, Region 10.   According to reports reaching...

EYEWITNESS: Moving ahead …on food?

EYEWITNESS INEWS - May 21, 2022
0
You’ll have to excuse your Eyewitness for not getting too excited by the hype and exhortations coming out of our Agri-Investment Expo bash. Not...

Health INEWS - May 21, 2022
0
In the last 24 hours, another 52 persons have tested positive for the novel coronavirus in Guyana. This now takes active cases in the country...

Agriculture INEWS - May 21, 2022
0
Outcome Statement of the Agri-Investment Forum and Expo held in Guyana from 19 to 21 May, 2022 at the Arthur Chung Conference Centre: A representative group...

Local News INEWS - May 21, 2022
0
The long service and dedication medals were presented to 31 Prison Officers today during a Medal Award Ceremony held at the National Racquet Center...

Crime INEWS - May 21, 2022
0
A Port Kaituma, Region One (Barima-Waini) woman is now in police custody after she reportedly stabbed her husband to death during a drunken row. Dead...

latest news INEWS - May 21, 2022
0
Connectivity to major hinterland communities from Georgetown, as well as between Guyana and Brazil will soon be made easier with the construction of the...

Agriculture INEWS - May 21, 2022
0
The realisation of the Guyana/Barbados food terminal in Barbados, is critical to reducing the Caribbean Community’s (CARICOM) food import bill by 25 per cent...