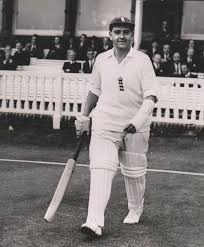 [www.inewsguyana.com] – The Guyana Government on Saturday said it is saddened by the passing of Stephen Camacho, former Guyana and West Indies opening batsman, West Indies Team Manager and selector and the then West Indies Cricket Board of Control (WICBC) Chief Executive Officer, Board Secretary and administrator.

The Government extends deepest condolences to his wife, Allison and family and his many relatives and friends in Guyana, across the Caribbean and the world.

Camacho distinguished himself as one of the finest and most widely respected cricket administrators in the region, having been the first full time employee of the WICBC (subsequently changed to WICB). Nine days shy of his 70th birthday at the time of his passing, Camacho served as CEO for 18 years and also as Board Secretary. With a quiet demeanor and exuding elegance Camacho was widely admired, respected and loved in the cricket fraternity and further afield.

The Government of Guyana hopes that Camacho’s legacy of grace, humility and unyielding respect for the regional sport will serve as guideposts to those who have been entrusted with the management of the game.

During his playing career Camacho played 11 Test matches for the West Indies and represented the then British Guiana and subsequently Guyana after independence. Camacho scored seven first class centuries and 24 half centuries, debuting for the West Indies against England in 1968. His highest Test score was 87, scored against England in Trinidad during his debut series.

After his retirement from playing, Camacho initially lived in Barbados while he served as a WICBC administrator and subsequently in Antigua where he had settled and where he passed this morning after a brief period of declining health.

Business INEWS - February 4, 2023
0
Rice farmers are advised to protect their rice crop and at the same time, protect the European Union (EU) market by complying with the...

latest news INEWS - February 4, 2023
0
Residents of Skeldon and surrounding areas can expect to benefit from a conducive space where they can relax, enjoy nature and bond with their...

Health INEWS - February 4, 2023
0
The Linden Hospital Complex will undergo infrastructural improvements in the near future. Minister of Health, Dr Frank Anthony made the announcement on Friday, February 3...

Granger objects to Justice Singh presiding over $2.6B libel trial

latest news INEWS - February 4, 2023
0
All the private entities in the Region Six are complaining about a shortage of labour, and according to President Ali during a press conference...

$10B investment at Palmyra to open up new opportunities – Ali

Construction of $12.4B Maternal Hospital to begin shortly – Dr Anthony

Health INEWS - February 4, 2023
0
Construction is expected to commence very soon on the specialised €149 million Paediatric and Maternal Hospital, which is earmarked for Goedverwagting, East Coast Demerara...

Court INEWS - February 3, 2023
0
Twenty-one-year-old Derindra Sitaram was on Friday placed on over $2 million bail after he was slapped with several charges in relation to Tuesday's accident...