(CNN) Bryson Gardner was in a meeting at Apple’s headquarters on October 5, 2011, when he received a text from his wife: Steve Jobs had died.

Gardner, who directed development for various iPod and iPhone models, remembers being struck by “an immediate realization of the impact of Steve Jobs on creating the company and changing the world.”

“Sadness and appreciation,” is how Gardner, now CEO of Pearl Automation, sums up his feelings from that day. That sentiment also describes how much of the tech world feels on the fifth anniversary of Jobs’ death.

On Wednesday, Apple (AAPL, Tech30) employees, customers and members of the media paid tribute to the visionary cofounder and CEO who remains one of the most influential figures in Silicon Valley.

“I think the industry has been feeling the impact of the lack of his presence,” says Andy Grignon, a former senior manager at Apple who helped launch the original iPhone.

The industry, he adds, is still trying to fill the “void” of a “true product visionary that could assemble the pieces into [products] people felt they had to have.“

“I miss him. The tech industry misses him. He and his work are still guideposts,” Mossberg wrote on Twitter.

Tim Cook, Apple’s CEO, remembered his predecessor and friend with one of his many powerful quotes. 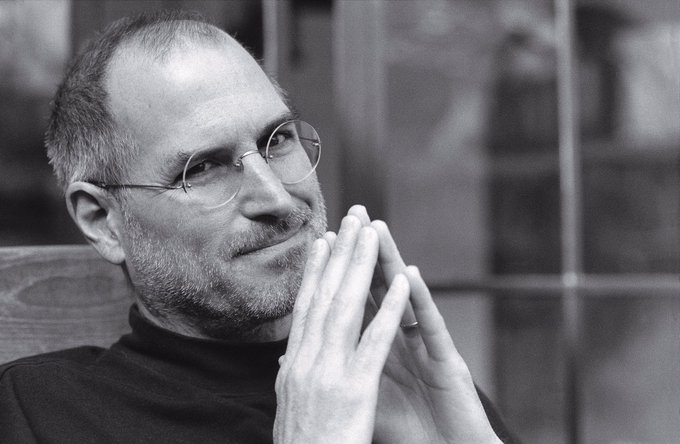 Apple set up a dedicated page on its website to highlight messages it has received from friends, colleagues and customers about Job’s death.

“Over a million people from all over the world have shared their memories, thoughts, and feelings about Steve,” reads a post on Apple’s website. “One thing they all have in common — from personal friends to colleagues to owners of Apple products — is how they’ve been touched by his passion and creativity.”

One post on Apple’s site from a man who identifies as a former employee of Pixar, a company Jobs sold to Disney, called Jobs a “champion” for “those of us that believe in our core that everything we do should matter — that in everything there is a sacred art.”

“People have spoken of you as the Thomas Edison of our time, but perhaps they have it wrong,” a fan wrote on the site. “Thomas Edison was the Steve Jobs of his time.”

Jobs died at the age of 56 from complications of pancreatic cancer. His final years as CEO were marked by the tremendous success of new devices like the iPad and especially the iPhone.

Apple’s market cap has skyrocketed to more than $600 billion since Jobs’ death thanks in large part to the iPhone. However, Apple’s remarkable 13-year run of year-over-year sales growth is now in danger as iPhone sales start to taper off.

Cook and Apple have worked to move beyond the Steve Jobs era while simultaneously trying to protect Jobs’ legacy. The founder’s office at Apple remains intact. Top Apple execs have also pushed back against certain books and films claiming to tell Jobs’ story.

The fight to protect Jobs’ legacy may be a losing battle, however. “Steve Jobs” is now shorthand for any entrepreneur or business leader looking to stand out from the pack — for better or worse.

Twitter (TWTR, Tech30) and Theranos, two tech companies that have been front and center this year for their corporate struggles, are each run by CEOs who have very clearly fashioned themselves after Jobs.

Elizabeth Holmes, the founder of blood test startup Theranos, is fond of dressing in black turtlenecks like Jobs and applying his focus on total secrecy around products. That didn’t stop her from getting banned from owning or operating a lab for two years.

Jack Dorsey, the cofounder and CEO of Twitter, has borrowed so many lines from Jobs that there used to be a Tumblr collecting them all. He is now running two companies at once as Jobs did, but one of those companies, Twitter, is said to be on the chopping block.

If anything, both CEOs may unintentionally serve as reminders of just how unique Steve Jobs really was.

(The above article is written by Seth Fiegerman, CNN)

Health INEWS - June 12, 2021
0
The Ministry of Health’s COVID-19 drive-thru vaccination campaign continued today as more Guyanese turn out to get either their first or second doses. The exercise...

Environment INEWS - June 12, 2021
0
In light of the ongoing flood crisis in Guyana, President Dr. Mohamed Irfaan Ali has officially declared the situation a disaster. The President’s proclamation was...

Health INEWS - June 12, 2021
0
The Ministry of Health (MOH) has reported that two more persons who tested positive for the novel coronavirus (COVID-19) have died. This now takes the...

Crime INEWS - June 12, 2021
0
Police have arrested a 26-year-old male driver/salesman after he alleged that he was robbed of a large sum of cash but later admitted to...

Crime INEWS - June 12, 2021
0
A male reservist of the Guyana Defence Force (GDF) was arrested on Friday evening after he assaulted a group of policemen. The incident occurred at...

latest news INEWS - June 12, 2021
0
A porter from Port Kaituma,  Region One, drowned on Thursday while attempting to swim across the Barima River, North West District (NWD). Dead is 22-year-old...

latest news INEWS - June 12, 2021
0
Current Opposition Member of Parliament, who resigned from the Working People’s Alliance (WPA) after it left the A Partnership for National Unity in August...

latest news INEWS - June 12, 2021
0
The MV Barima is set to sail again on Friday evening after repairs were conducted to rectify engine trouble that developed along its journey to Region...