(REUTERS) Colombia’s government and Marxist FARC rebels reached a final peace deal on Wednesday to end a five-decade war which once took the resource-rich country to the brink of collapse.

Under the historic agreement to end one of the world’s longest conflicts, the Revolutionary Armed Forces of Colombia (FARC) will lay down arms and reintegrate into civilian life.

More than 220,000 people were killed in the conflict, tens of thousands disappeared and millions fled their homes because of the violence. 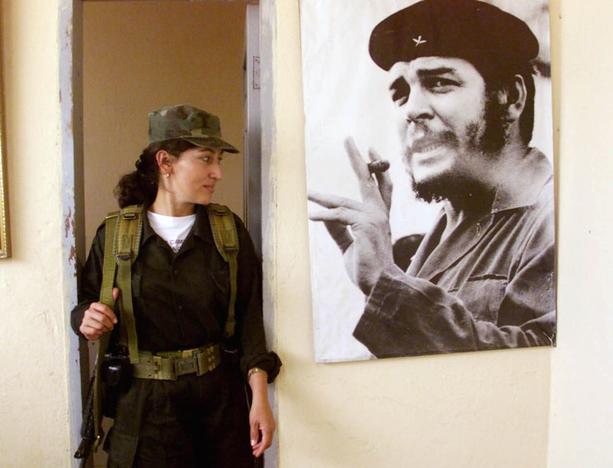 The accord, which was reached after almost four years of talks in Cuba, sparked celebrations in parks and bars in the Colombian capital, Bogota.

It will now go to a plebiscite vote on Oct. 2.

“Today I can say – from the bottom of my heart – that I have fulfilled the mandate that you gave me,” said President Juan Manuel Santos, 65, who was re-elected in 2014 on the promise of a peace deal.

“Colombians: the decision is in your hands. Never before have our citizens had within their reach the key to their future,” he said in a televised address.

Most opinion polls suggest Colombians will back the deal but Santos, who has staked his legacy on peace, will face fierce opposition from powerful sectors of the country who believe the only solution is to finish the FARC militarily.

In Bogota, several hundred people gathered around a giant screen in the rain to listen to the announcement, waving Colombian flags and banners. 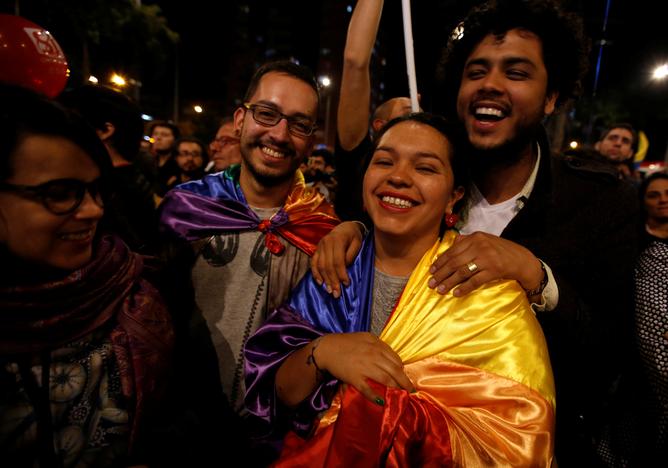 “I’m so happy. It was time to end the war,” said Margarita Nieto, a 28-year-old accountant. “I know what is coming will be hard, but together we can cope.”

Others are more sceptical about the terms of the agreement, especially the participation of FARC rebels in politics and the fact that they will not serve jail time for crimes committed during the war.

“The future worries me,” said Susana Antequeria, 30, as she milled around the screen. “But I’ll put up with it for peace.” 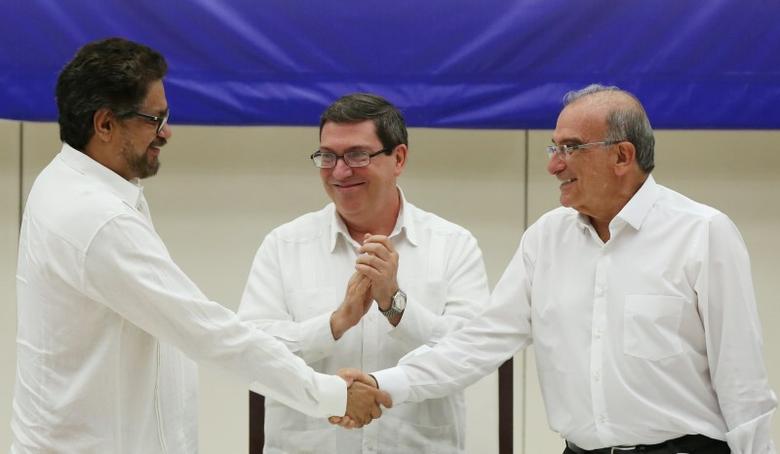 Under the deal, the FARC will have non-voting representation in Congress until 2018 and can participate in elections.

From then on, the 7,000 former rebels will have to win votes like any other political party, Santos said.

The final text of the deal will be sent to Colombia’s Congress on Thursday and will be available on the internet and social media, he said. 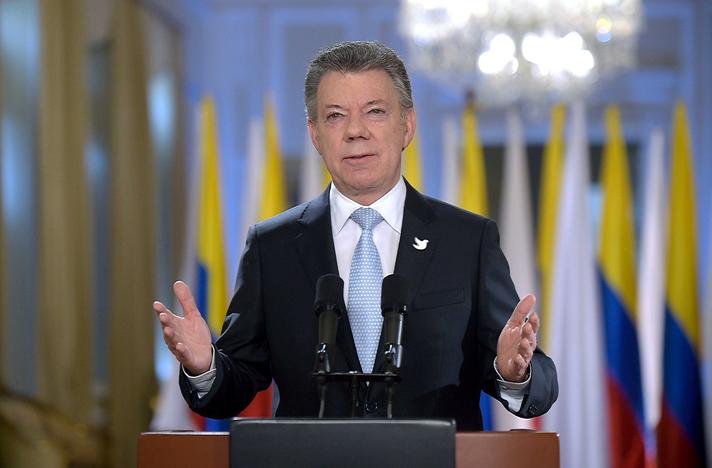 “We have won the most beautiful of all battles” lead FARC negotiator Ivan Marquez said following the announcement in Havana on Wednesday. “The war with arms is over, now begins the debate of ideas.”

The two sides had signed a ceasefire in late June.

U.S. President Barack Obama spoke by phone with Santos on Wednesday to congratulate him on the deal, the White House said. 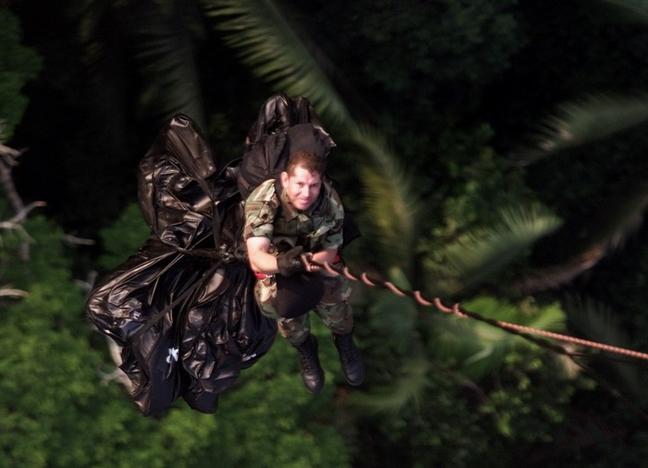 A Colombian soldier is carried by a Black Hawk helicopter in Puerto Siare, with bodies of FARC rebels killed in combat, August 2001. REUTERS/Jose Gomez

latest news INEWS - June 24, 2021
0
The Legal Officer of the Guyana Elections Commission (GECOM), Attorney Excellence Dazzell, and Chief Accountant Joseph Eastman have resigned after they were found to...

EYEWITNESS INEWS - June 23, 2021
0
…our June past Of recent, there’s been a whole lot of looking back (with anger?) during this month of June. Notably, about the five sugar...

latest news INEWS - June 23, 2021
0
Over 1000 residents of Arakaka, Region One (Barima-Waini) are set to receive electricity for the first time, following the procurement of a 250 KVA...

Mother devastated her kids will grow up without their father who was stabbed to...

Health INEWS - June 23, 2021
0
Two more persons who were infected with the novel coronavirus have died, taking the death toll to 454. The latest fatalities are a 68-year-old female...

Visa restrictions for Cubans & Haitians; no record of 38,000 Haitians leaving Guyana between...

Men who are victims of domestic violence & sexual abuse urged to make police...

Court INEWS - June 23, 2021
0
Vice President Bharrat Jagdeo has moved to the Demerara Full Court to challenge the granting of a default libel judgment against him by Justice...

latest news INEWS - June 23, 2021
0
In an effort to enhance the quality of care being provided in children’s homes across the country, the Children’s Visiting Committee was recently constituted,...