(REUTERS) China on Monday leveled responsibility at the United States and journalists for a fracas at a Chinese airport, in which officials of both countries exchanged heated remarks as President Barack Obama disembarked from his aircraft.

The comments by a foreign ministry spokeswoman were in response to questions whether China, which is hosting a G20 summit meeting in its eastern city of Hangzhou, intentionally failed to provide Obama’s plane with a staircase, an event that has fueled speculation it was a diplomatic snub.

“I think if only the American group had respected the working arrangements first made with China then this wouldn’t have occurred,” Hua Chunying told reporters in Beijing on Monday. 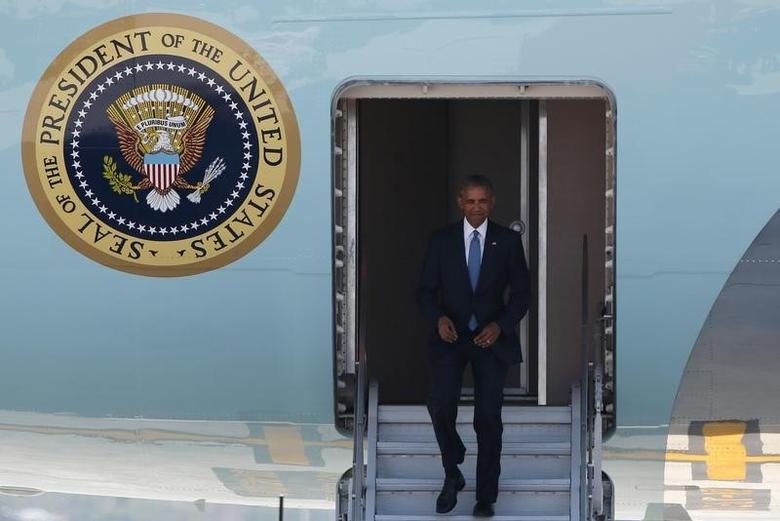 Hua questioned why China would intentionally create trouble for the United States, adding that the incident was not a high-level issue, echoing comments made by Obama on Sunday.

A Chinese security official had also blocked National Security Adviser Susan Rice on the tarmac and yelled at another U.S. official trying to help journalists get closer to Obama.

Hua criticized the media for not respecting China’s rules on where to stand to capture images of the Obama leaving the plane, adding that other countries’ reporters were fine.

Crime INEWS - June 12, 2021
0
Police have arrested a 26-year-old male driver/salesman after he alleged that he was robbed of a large sum of cash but later admitted to...

Crime INEWS - June 12, 2021
0
A male reservist of the Guyana Defence Force (GDF) was arrested on Friday evening after he assaulted a group of policemen. The incident occurred at...

latest news INEWS - June 12, 2021
0
A porter from Port Kaituma,  Region One, drowned on Thursday while attempting to swim across the Barima River, North West District (NWD). Dead is 22-year-old...

latest news INEWS - June 12, 2021
0
Current Opposition Member of Parliament, who resigned from the Working People’s Alliance (WPA) after it left the A Partnership for National Unity in August...

latest news INEWS - June 12, 2021
0
The MV Barima is set to sail again on Friday evening after repairs were conducted to rectify engine trouble that developed along its journey to Region...

Health INEWS - June 12, 2021
0
The Health Ministry has asked the National Assembly for a supplementary provision to the tune of $1.9 billion, to be directed for the purchasing...

Govt must be commended for rectifying PNC’s historical maligning of Rodney’s record – fmr...